On the 5th of November, some news was sent out that the JUSA running practices would be cancelled till November 24th. Iiris Markkanen, the running group leader from Finland who is studying at JIBS, does not want Covid to stop people from running even if it will not be held under JUSA.

Iiris has been doing gymnastics during her childhood where running practices were included. When she later went on an exchange year in Arizona, she found true interest in running and joined the cross-country team. Iiris started coming second place in all of the competitions and that is when she realized her potential. When she came back to Finland, she continued running by herself — in 2019 she moved to Jönköping where she joined the JUSA running group. This fall she applied for one of the leader positions and got it.

When the practices aren’t cancelled they are held on Mondays and Thursdays. Mondays are long distance practice where they run between six to ten kilometers. While Thursdays are interval training, some days involve sprints, and other days hill sprints at Stadsparken. Iiris enjoys organizing the practices and tries to change up the long distance routes for variation, but her personal favorite routes are around Munksjön and Rocksjön. This weekly concept is appreciated by the group.

– So many people ask me ‘even if I´m not that fast can I still come?’ And of course, everyone can come, says Iiris Markkanen.

The benefits of running in a group are many especially now when it is dark, people in the group find it more motivating to have regular practices with others. You get the chance to talk with others which makes you forget that you are actually running. Often when you are running by yourself you’re used to running at the same pace, but with others you push yourself in a different way. Earlier this fall when there were two coaches they could split up so that one of them could run at a faster pace and the other one a slower pace, depending on the group so no one would feel left behind.

Iiris thinks it is perfect to start running now when everything is shutting down. She thinks the best thing about running is being in a bubble and thinking stuff through. Preferably on a five kilometers route when it is raining. Make sure you have eaten before the practice. It depends on the individual how many hours before exercise you should eat. Some people eat two hours before, while Iiris can eat 15 minutes before her practice. You need to get to know what works best for you.

DO YOU WANT TO GET STARTED WITH RUNNING? HERE ARE IIRIS’ TIPS:

–  It is hard in the beginning but as soon as you get better then I think you will enjoy it. Go out running with a friend, then it’s more fun than by yourself – talk with each other and have some goals together. 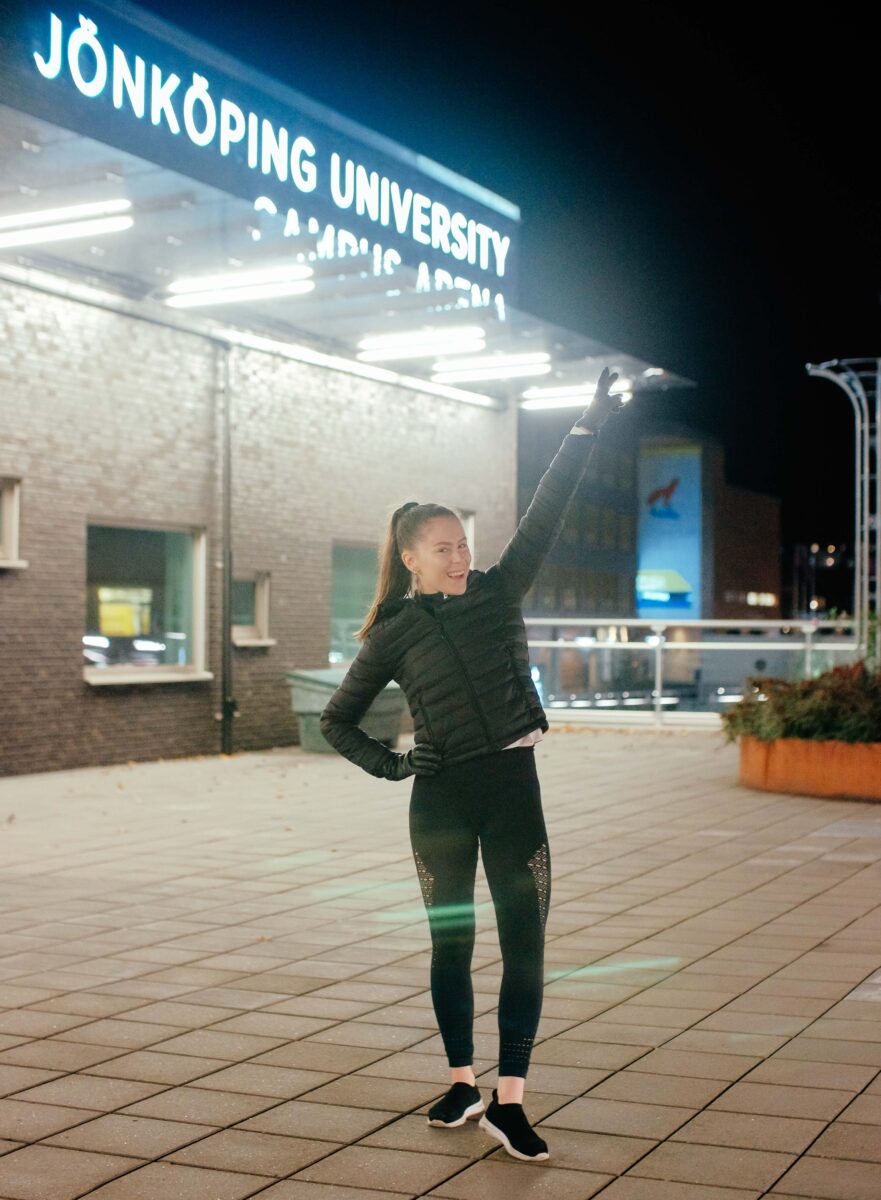